How Asking Questions is Transforming My Parenting

Published on September 24, 2015 // Written by Deb Sternke Leave a Comment

One afternoon I was scrolling through Instagram and noticed a friend’s pictures from our local Intermediate School’s Awards Day earlier that morning.

“*Gasp!* That was today! Ugh, I thought it was tomorrow!”

Scrambling through my calendar, I discovered I had accidentally marked it down on the wrong day and missed it. Sigh…

But, like all humans, I often learn better lessons through my mistakes than my successes. So I’ve been trying to pay attention to my mistakes (big and small) and see them as teachers, instead of ignoring them and hoping they go away!

Recently, I noticed a mistake I was frequently making as a parent. (I’ve got four kids, so I do a LOT of parenting!)

Here’s the pattern I noticed:

It starts when I feel frustrated about a situation.

Here’s where it goes downhill. My usual response to these situations is to:

I used to think this was clearly the obvious and most straightforward way of dealing with these minor parenting frustrations. I don’t think so any more.

Attending to the Kairos

Instead of the “fix my kids” strategy, I’ve been learning to pay attention to the kairos moment of the situation.

Kairos is one of the words for “time” in Greek. But it doesn’t refer to linear, step-by-step time (that’s chronos). It’s more like “important time,” significant moments, special seasons, special events…

Essentially, kairos moments are times where God is opening a door of opportunity for learning and growth. It’s a moment where we have the opportunity to hear God speaking to us, a time where he is inviting us to step more fully into abundant life.

But to take advantage of the opportunity, we need to slow down and begin to observe what is happening in our souls and take time to reflect curiously and compassionately on what’s going on beneath the surface. That’s where the magic happens.

Kairos for kids (and me!) 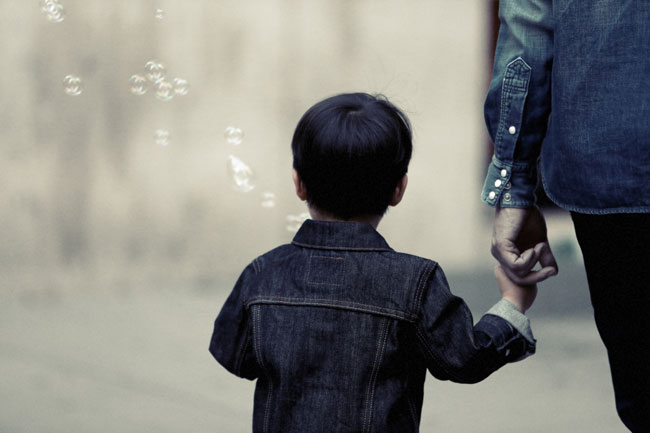 In each of the frustrating situations I referred to earlier, my kids are having a kairos moment (I am too, of course!). They have before them an incredible opportunity to slow down, begin to observe and reflect on what happened and hear what God is saying to them through this moment.

From that place of “compassionate curiosity,” they can repent (which simply means to change their thinking) and believe (live out their new thinking in concrete, trusting action).

It’s a learning opportunity of massive potential in the making!

So here’s the problem: my default “fix-it” response to these moments actually short-circuits the learning process before it can even begin.

Instead of asking questions to help them recognize the kairos moment, I quickly point out what I think their new behavior should be (completely skipping over observing and reflecting), totally ignore what God might be saying to them through it and basically just give them my advice on how they can remedy the problem! (And honestly, it’s so I don’t have to feel frustrated any more.)

Can anyone else relate to this? (Hopefully this isn’t just me!)

How many of us enjoy it when others point out our shortcomings and then dish out advice on what we need to do better? Not me!

Slowing down enough to ask the right questions

So instead of reacting in “fix it” mode, what if I began to simply slow down in these moments? What if I could step into the kairos with them as an advocate and supporter? What if I ask them questions about the situation that would cause them to realize the kairos?

Instead of Mom swooping in, pointing out what is going on and what they need to do about it (which, incidentally, never seems to help as much as I think it will!), they are able to take ownership of the situation, and begin to observe, reflect and grow.

This could open up a safe, supportive conversation where I say “Let’s look at this together! I’m on your side, I’m with you and I’m for you.” In the end, they hear what God, their gracious Father, is saying to them and they choose how to respond in action.

Instead of “Hey kiddo – here’s the deal, I’m frustrated about it, here’s how it would really go better if you’d take my advice. Now what are you going to do about it?!?”, it can be the beginning of a powerful learning opportunity where growth happens and lasts. They actually feel empowered to take a look at the situation and change the trajectory of their lives.

Today, how can you slow down and simply ask questions in your parenting? How can you lay aside frustration at the moment and step into this opportunity of learning with your kids?

Stay in the loop.

Check out our blog to discover more about us!

Get email updates to stay up to date with what we're doing.